“I am feeling very Olympic today!” and “Everything is Awsome!”

The first quote “I am feeling very Olypic today” is from a favorite sports movie of mine (do you know what movie I am talking about?). Since Sochi is in full force, I am really inspired to watch the games. Last night the figure skating pairs were just spectacular. The performance of Trankov and Volosozhar were simply breathtaking and full of emotion. I can’t wait to see the figure skaters Gala Exhibition on February 22. Watching the skaters perform just for the glory and love of skating in a relaxed atmosphere is just magical. I will be making my home-made popcorn and bringing my Raisinettes to the viewing.

I promised a review of The Lego Movie of which my son has already seen twice. It was fun, touching and a visual conucopia of all things Lego. As an adult (no laughing) I found it to be well written, funny and clever. The array of famous talent lending their voices to it helps move the story along (again, need I remind you that Morgan Freeman’s voice is in it). In some ways it is a little bit of a cross between Toy Story and Wreck it Ralph in some ways, both of which are classics. There is a song in this movie, and I can’t get it out of my head (which is part of the joke) called “Everything is Awesome” and I imagine this will be played at camp a few times this summer (if not for real, at least in my head) which is totally camp appropriate. Valentine’s Hugs to all.
Grey Squirrel 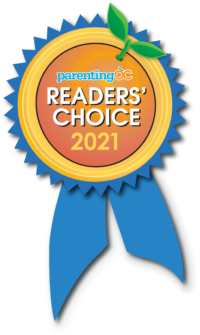 Voted #1 Day Camp in Orange County
for the past 13 years!

And if you're posting a photo or tidbit about us, we would love to see it! Use the hashtag: